Note for an updated/ add on to this review please read my "One Year On" review.  It is still useful background to read this article first.

I've been thinking about getting a new electric bike for some time now as my old ebike went well past its end of days, but I just couldn't find one that ticked all the boxes I was looking for ... until I stumbled across the Lekker E-Amsterdam 2nd Generation Commuter eBike. 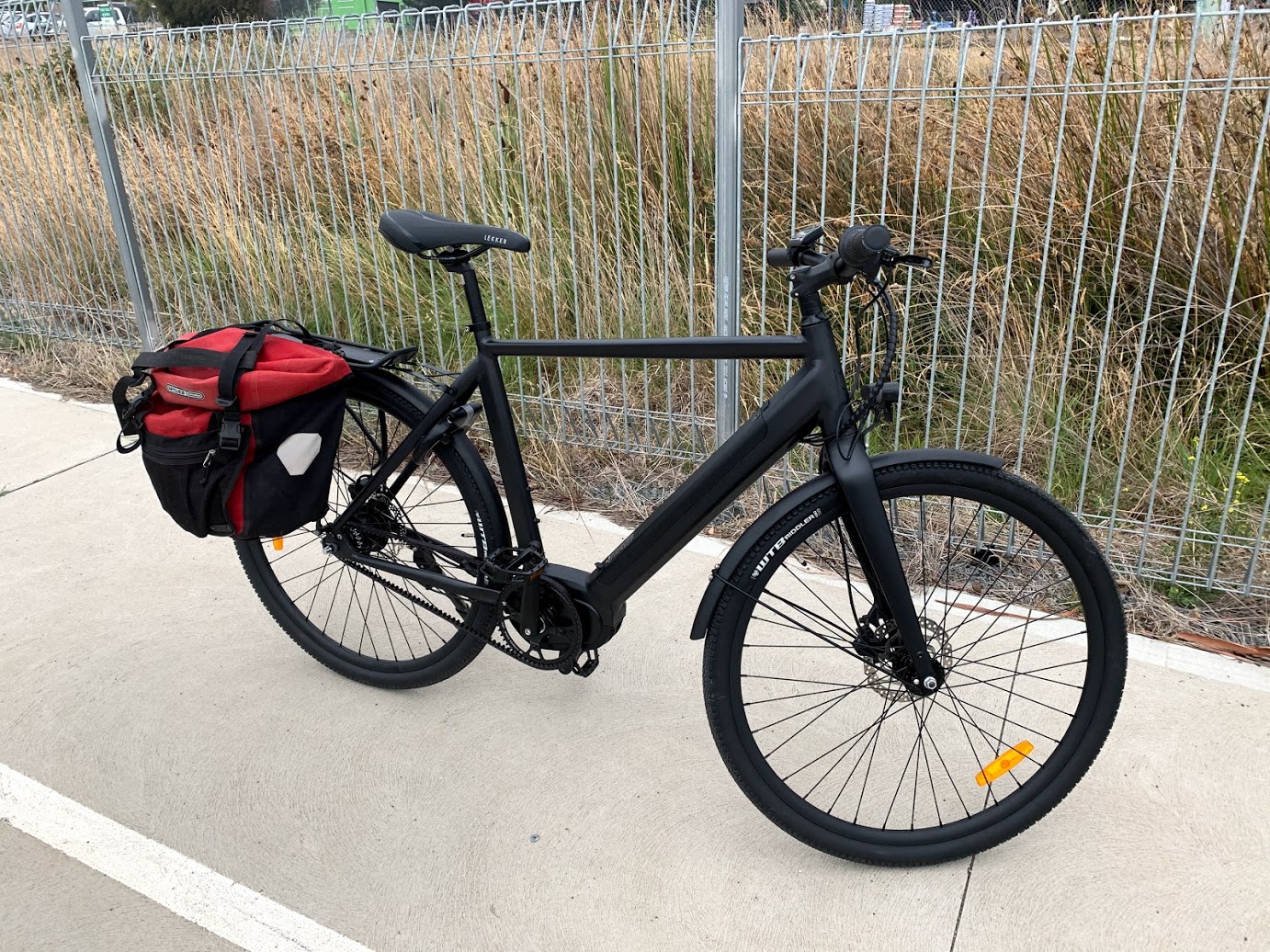 It looked on paper to be the perfect bike - it looked like a well thought out and designed bike, not just a bike with a battery attached to it, and it came with an internal rear hub, a larger capacity battery (with a stated 70km range), carbon belt drive, fenders, lights, built in bike lock and racks (OK, so I had to buy those additionally, but they were all designed to work and fit together).  It was exactly what I was looking for in a commuter bike when I have a round trip of around 45km per day.

So in November last year I forked out around $4000 for my pre-order bike with all the bells and whistles (including $127 for shipping and handling to Hobart) and waited for the arrival in early December.

Then the early December arrival slipped a couple of weeks, and then it slipped past Christmas to January, then it was going to come next week and finally it arrived at the Start of Februay - nearly 2 months after I ordered it.

This delay was made even more painful by the fact that a collegue at work decided to buy an eBike as well just before Christmas and three days after he made that decision he was riding around on a Giant Fastroad E+ bike which just looked gorgeous ...  while I was still waiting, waiting, waiting ...

It turned up in a huge box (the delivery man had quite the grumble about how difficult it was to deliver given it had no handles) but true to Lekker's promise it was largely put together with the only things I needed to do were take off a lot of wrapping, add pedals and front lights and take lots of protective covering off the bike. 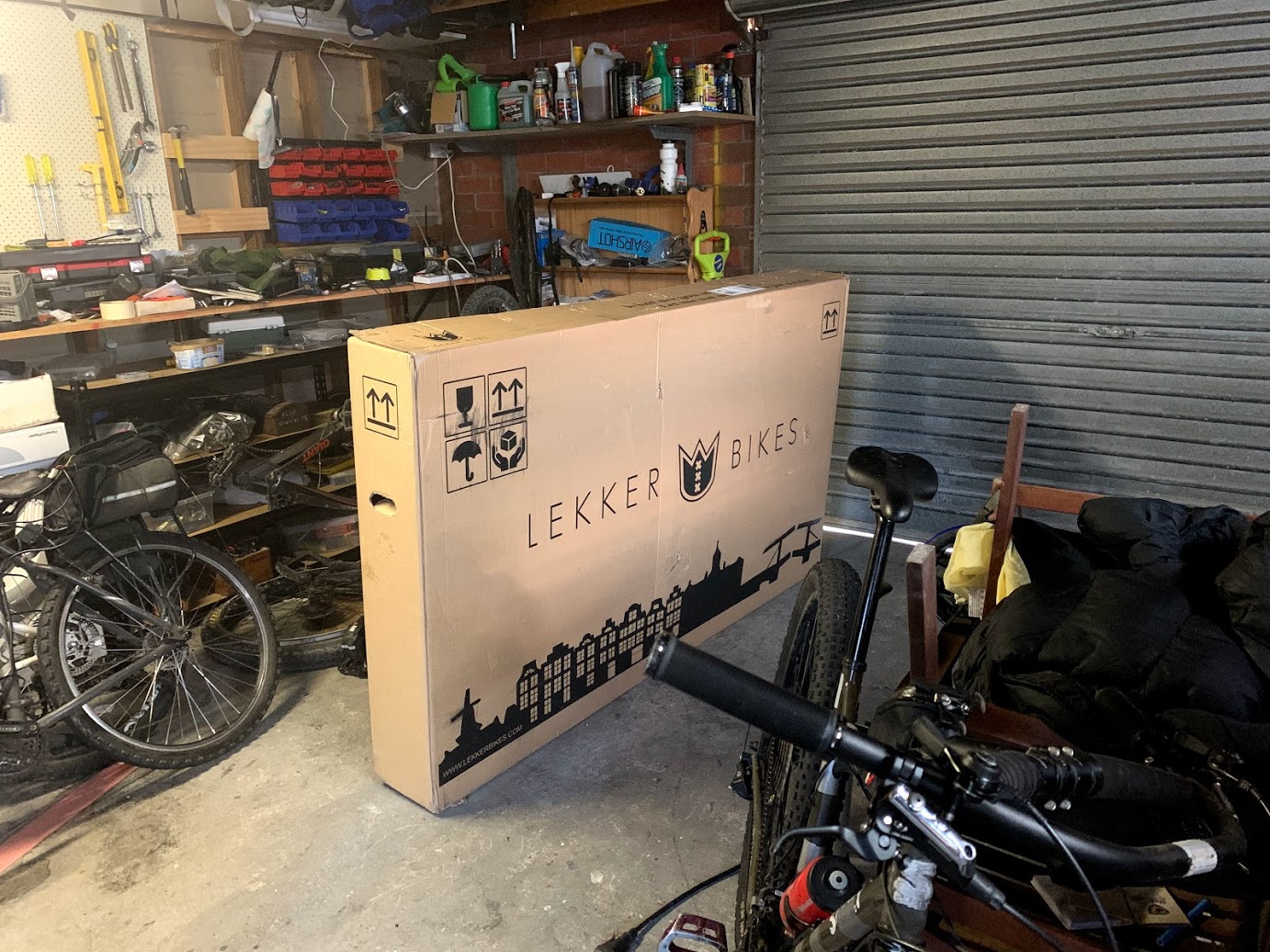 So I've now taken it for a few commutes into town, and here's first impressions (the good and the bad).  I intend to write a follow up article in a few months to see what I get used to and what I don't. 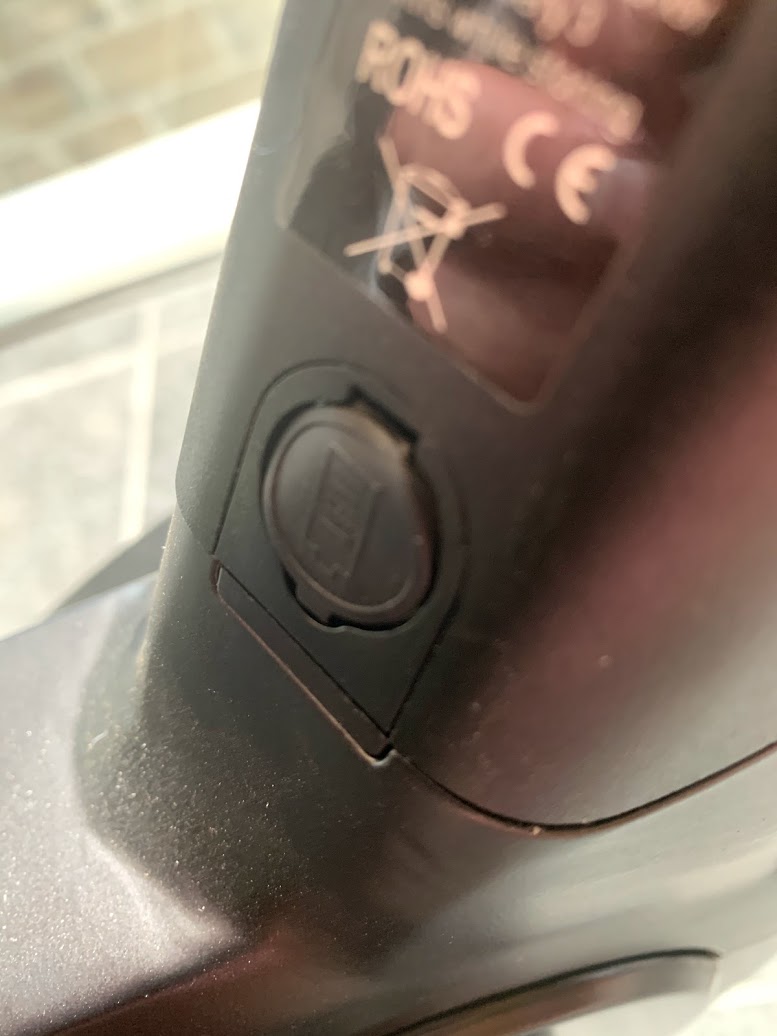 This is the battery cap - very hard to get both on and off.

So where am in my ebike thinking after the first week of riding ... 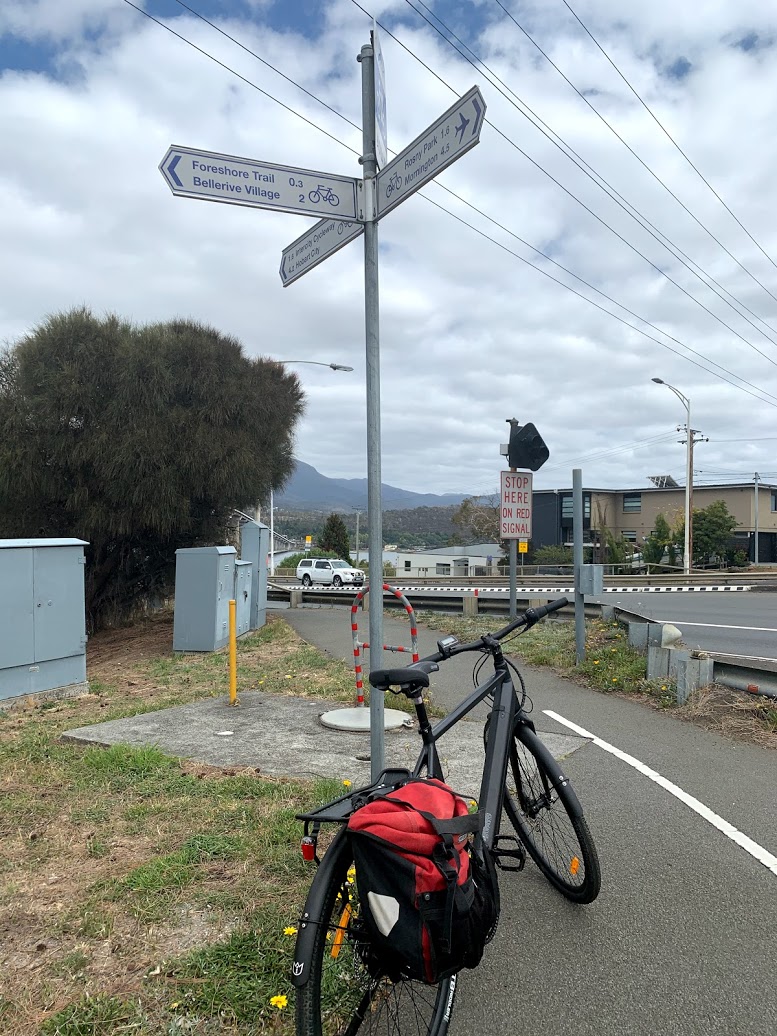 There's lots of niggles with this bike which are annoying me - the gear changing up hills in particular, but right now - I've still got a smile on my dial and I'm typing this on a Sunday excited about the fact that come Monday I will be jumping back on my bike, not my car, for the ride into work, and that's a big tick from me.

I got one pre COVID. I'm a crazy mad road cyclist and loved the idea of commuting on one of these beauties. After a bit of adjustment (don't start with a road bike mind-set) I found a very comfortable set up and now love the entire experience. Have added a carrier up front - the load caring capacity is huge, and very stable. Unfortunately I don't commute (as I now work from home 90% of the time), however use it a a run around, up to the supermarket, down to the cafe / pub, scoot along beach tracks or away for the weekend to ride rail trails with my wife (she has a dyson ebike). My inner city hipster son even borrowed it for a month or so - the cool dutch design didn't cramp his style. Not a fast bike, more a cruiser. Well built, robust and solid and at a distance you cant tell its an eBike. Unlike another comment here - I've had both wheels off without major problems (OK its not a road bike quick release .. but not difficult). Agree the shifting experience takes some getting used to however once you remember the routine it works a treat. I had read patchy reviews about the Leckker after sales service, however solved that by purchasing from my local bike shop (rather than Leckker). I've spent plenty with these guys over the years and know they will never let me down ... not that I've needed to take it back for anything. (if you can - always buy from your LBS). Over all I'm very impressed
N
Neill
Report this comment Comments (0) | Was this comment helpful? 0 0
No issues here
March 25, 2021
Editor's Note: This review was actually posted from an IP address in the Netherlands.

Whilst sorry to hear some folks have some poor experiences I am going great. I rack up about +120km/week and have done so since October 2020 here in Brisbane. To be fair I swapped out the display for a 500C colour Display, and I also changed the tyres from the stock ones to a faster rolling Schwalbe Marathon Plus 38c tyre. I have the larger battery and have had no issues. Big fan of the belt drive and in the rain I enjoy the experience even more. Its a "buy" from me if anyone asked, especially for the price as compared to some big brands in numerous ebike stores popping up
CB
Chris Brettell
Report this comment Comments (0) | Was this comment helpful? 1 0
A year later ...
March 24, 2021
@Troy - Covid put the brakes on a lot of my commuting, but I have done about 600kms on my Lekker now, and I can honestly say it is the biggest dud of a bike I have ever bought. The battery constantly loses charge (I'd estimate 25% per week) even when turned off, I have had multiple occasions (particularly going up steep hills) where the battery has gone from showing 50%-75% charged to just overloading and turning off, and then when you restart it showing it has next to no charge, the internal hub and power just don't work well together at all ... I just look at all the other electric bikes out there, and think no. Never Lekker, never again.

The only caveats I might put on that are (1) if you live near a Lekker shop so you can get support, maybe you'd be OK (I found their support to be terrible but I'm from a different state) and (2) I have now put a set of front and back baskets on my bike, I've installed an adjustable stem to make the seating position more upright and relaxed and added some Ergon GS-1 grips to improve the comfort of the grips. I now use it for the 3km return trip to our local shops which is all on flat pathways, and for that purpose - the lekker works just fine.
J
John
Report this comment Comments (1) | Was this comment helpful? 1 0
Now how is your Lekker?
March 24, 2021
I’m starting to look at one of these, but reviews of it are pretty sparse. I’d be interested to see a follow-up on how it has all turned out after some time to see if the annoyances are still as bad, or they are just business as usual after some adjustment.
T
Troy
Report this comment Comments (0) | Was this comment helpful? 0 0
Design fault
February 10, 2021
Good little early review.

I must admit, I liked this bike for the price when I finally received it (also waited interminably for it).

Then I had my first rear puncture. I guess you have also come to realise that the rear wheel will not clear the dropouts unless the rear brake caliper is moved away (the disc fouls on the angle of the caliper).

I have returned the bike due to a major design fault; I cannot be stuck on the side of the trail in winter/rain trying to fix a puncture. At first, Lekker agreed that it was a design fault and agreed to refund...suddenly they have gone quiet.