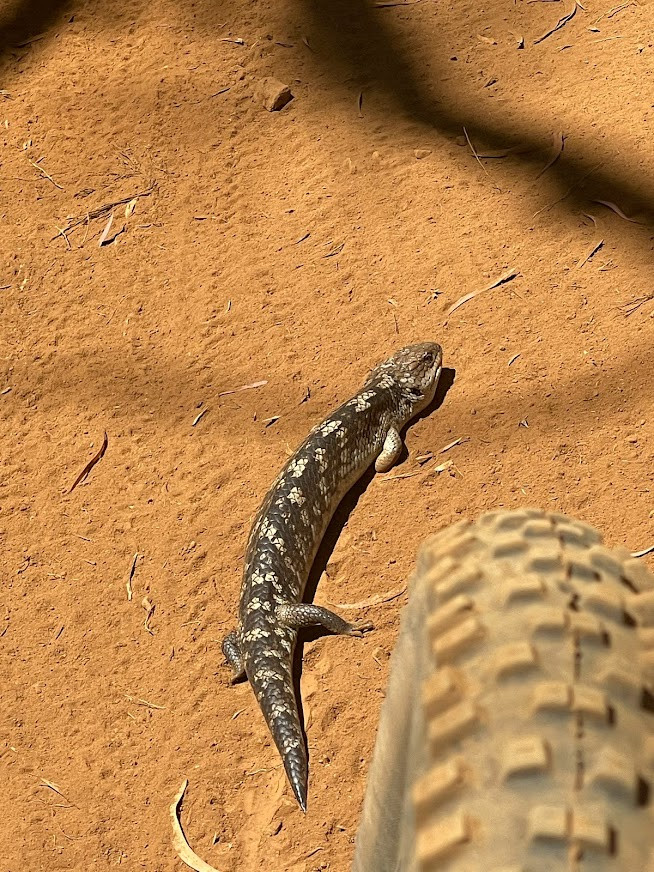 So I hadn’t been expecting much from the new George Town trails.   Truth be told, I expected to just spend a few hours riding them and then drive away thinking “that’s that done, time to go and ride some proper trails.”

But, four hours and many kilometres later. I’m happy to say I’m eating my expectations.  Or does it make more sense to say that my low expectations have been significantly exceeded? 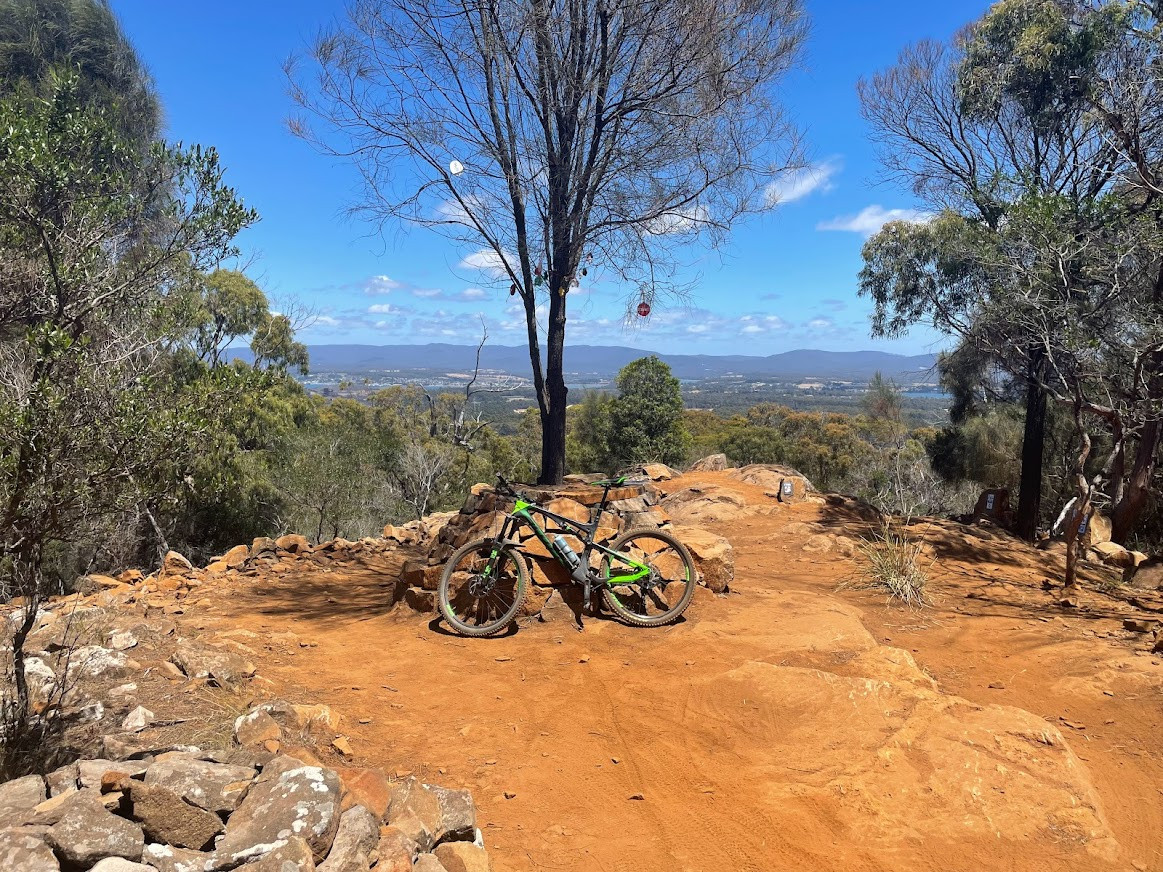 I should probably go back a step. It's been a long time since I've written a good old fashioned blog, partly (let's face it) because nobody reads blogs anymore. It's much more fun to watch a 3 minute you tube video than read someone's meandering thoughts on a ride - right.

Over the years I've also become very unfit and overweight (did someone say I'm getting on?) and it's only recently that I've started to try and turn things around that I've started losing weight and getting back onto the bike(s).

Having been to George Town a few times, when I heard about the new trails being built here my thought was "oh no, another Council has heard about the economic benefits of mountain biking and so is building more trails to try and cash in on them without understanding the reducing attractiveness of each new site". This thinking was reinforced by my strong belief that the countryside around George Town is not that attractive compared to what's on offer at Derby. 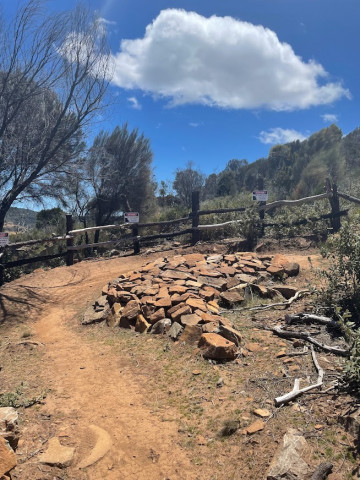 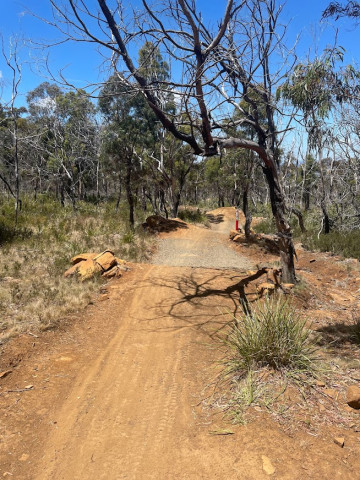 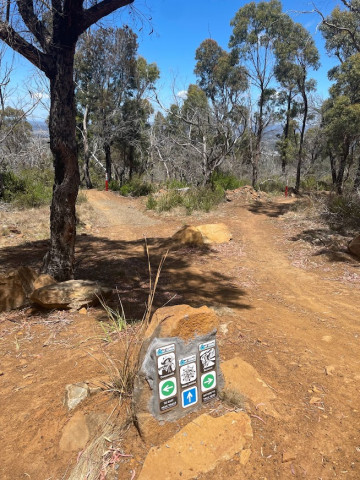 These concerns weren’t allayed much as I first headed into George Town to find lots of shops with “For Lease” signs in the window and then found that the trailhead is just up past the waste transfer station (polite name for a tip).

But all that was put behind me as I hit the first climbing trail (Keystone) and found myself in this unexpected dry arid environment with deep orange soils and cool flow stone very gently winding it’s way up through burnt out forests and the chirping of insects.  I felt like I was transported into central Australia and it felt very, very cool.

I rode all the way to the top and (because I could ) after I hit the top car park, I continued riding up the wooden walkway to the lookout at the top of the hill (worth it) before coming back down and starting my first run (Buzzcut - Roca Del Vista across to the East Trail and then down Helter Smelter) to basically map out the extent of the current trails. 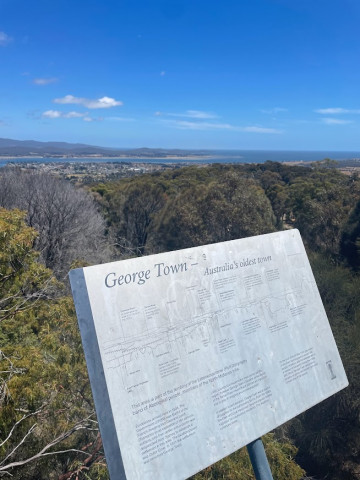 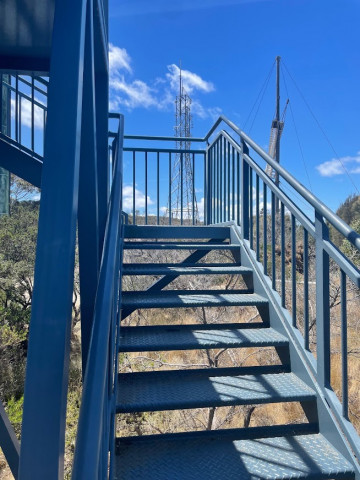 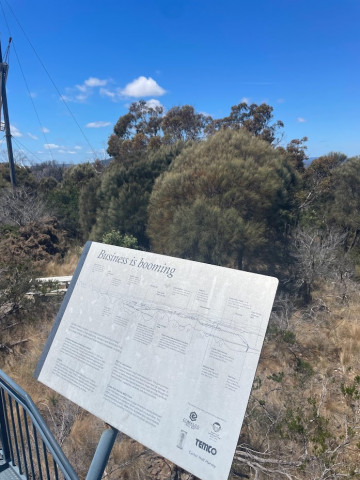 I enjoyed those so much, I then just kept riding loops up around Roca Del Vista very well designed climbing trail) to also try out Gadanaga Dang - a slightly technical blue run which was also where I saw the only other people in this side of the park all day) and then 6061 (fun, flowing blue trail).

With lots of stops, and a fun flowing exit along Desperado brought me back to my car 16kms and 2 hours later in time for a late lunch.

Everything (including the one cafe I had seen open earlier in the day) was closed by 2pm in George Town (it was a public holiday) so lunch consisted of a Salad and Roast Chicken bought at the local Woolworths and eaten down by the foreshore while I did a bit of kindle junk reading, before a return to the trails for a second afternoon hit out. 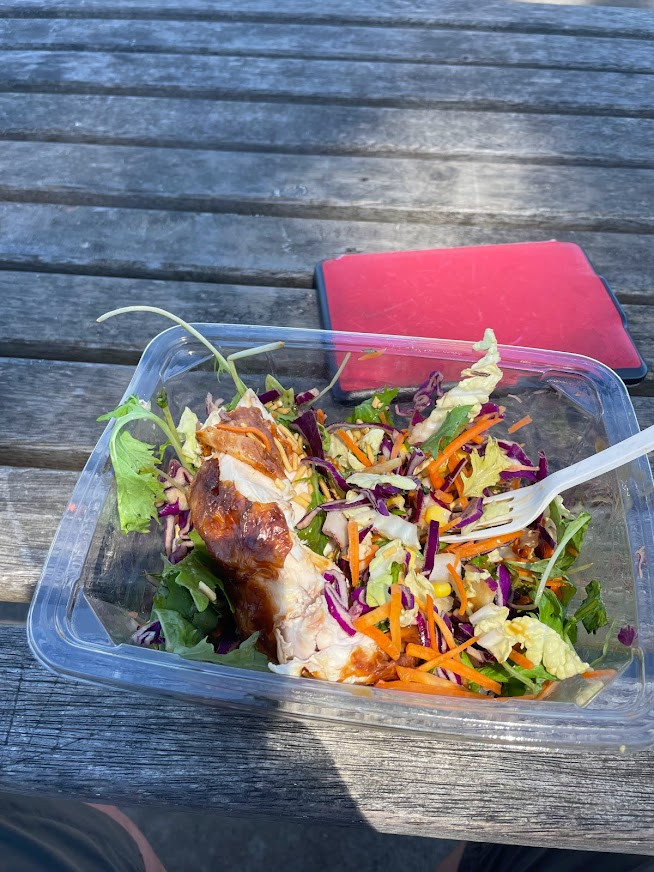 After another ride up Keystone (enjoyed as much as the first time), I opted for a run down BuzzCut and then a more mellow ride out along Sticky Beak and Roca Del Vista to allow me to try out the bottom section of Desperado (at which point I realised I should have ridden down Desperado and up Roca Del Vista on my first ride out to the Bell Bay View trail head).

By the time I got back to the car park, it had been another hour and I was getting a bit cooked.

The shuttle (send it shuttles) also happened to pull in at about the same time I did, so still wanting to have do one last run down Hebe Jeebies, I rode on over and asked how much it was for a shuttle to the top and when he as leaving ... $5 he said and he'd be leaving as soon as I got a drink and was ready to go.

Picture me kicking myself at this point as I realised how much easier my day could have been ... (note I see it is currently $8 a shuttle, but still good value) 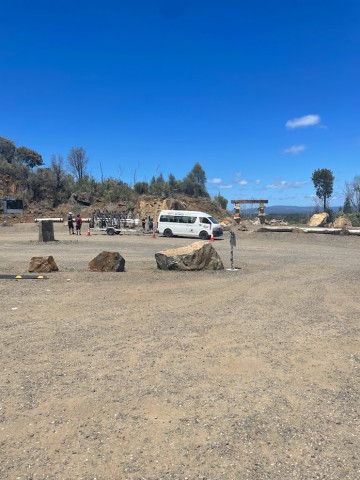 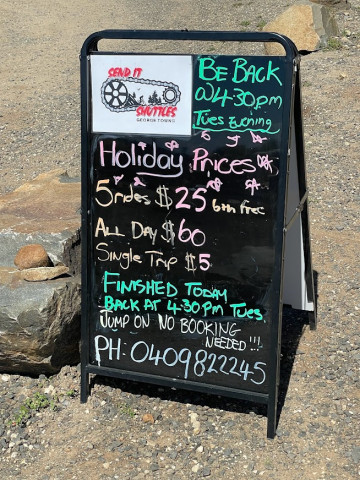 Another advantage of the shuttle was I got to meet a couple of other riders on the way up to the top of the run (noting it is a very short trip) and so got to ride with them until our paths diverged.

And that was it - I got my last run down Hebe Jeebies and I was done.

It was a much longer, and much more fun day that I expected (heck, I only expected to be there for the morning).

So thank you George Town, and thank you low expectations.  You bring much joy.