New 'adventure focused' mountain bike trails are being developed in the Heemskirk Range near Zeehan.

The Zeehan trails are being built by Next Level Mountain Bike, the company behind the original Oonah Hill track and trails in the Dial Range at Penguin.

As reported in the Advocate Newspaper (published 11 May 2022), Next Level owner Marcelo Cardona said they had been onsite since December 2021, and were hoping to have the trails completed for a spring opening. 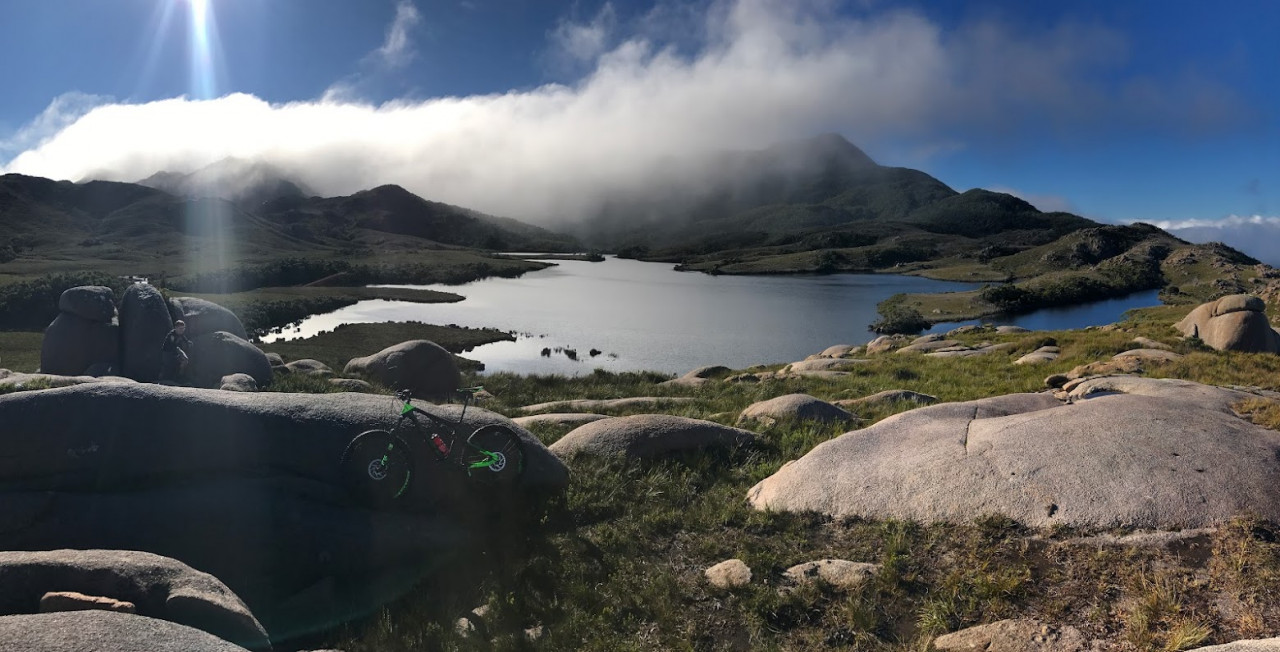 Mt Heemskirk in the clouds, taken from Lake Cumberland

According to the Advocate, Mr Cardona said the trail options would include the typical beginner, intermediate and advanced offerings, but that they would become increasingly more technical the further you ride.

"If you proceed to the summit of Mt Agnew, you will be rewarded with a four kilometre descent that drops over 500m in elevation.

"Once you have given your blood, sweat and tears you are up there for a reason. You can cashback, and get your full descent.

"He said the Heemskirk network would be an adventure-style trail, designed for a big day out on the bike, and a "point of difference" from the technical, gravity oriented Mount Owen."