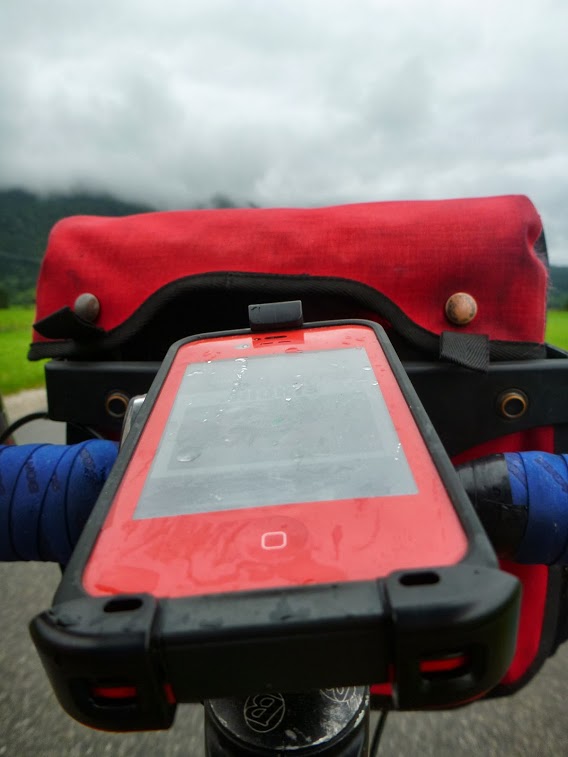 After looking at several GPS options for a six week cycling trip around Europe, I finally settled on buying a Lifeproof Phone Case ($AUD79.95) for my iPhone4s with a Bike Mount Attachment ($AUD39.95).

I then used the ViewRanger App for viewing larger country scale maps for planning (all downloadable for free), and Gaia App ($AUD19.99) for more detailed regional and town level planning.

It was a brilliant combination and will be my 'go to' solution for future trips until I find something better.

I've now had my phone encased in it's LifeProof case for three months and it's not only survived the European trip, but has come back to Tassie with me and survived several mountain bike races, hikes and a few kayak paddles and it's still going strong.

Everything fits together and holds securely.  The bike mount is incredibly easy (think 10-15 seconds)  to mount or remove from a bike and inserting the case onto the mount and locking it in is quick and easy, and becomes automatic very quickly.  There's also none of that movement I've seen with cheaper bike mounting systems.

I've never had a problem with the case leaking and would have no hesitation buying another one when I next upgrade my phone, but there are a few limitations worth knowing about: 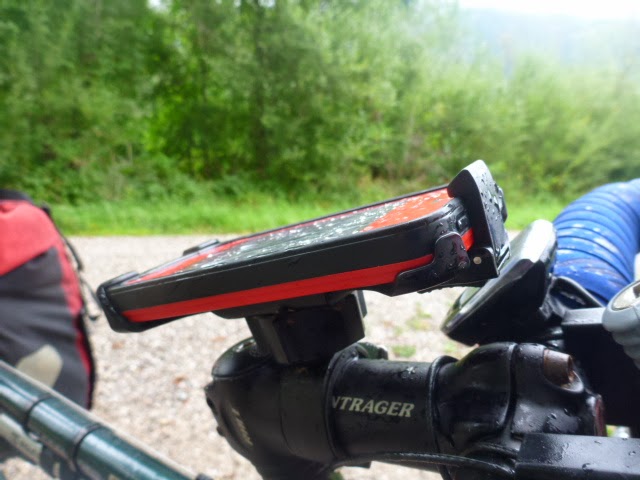 In summary I love this thing, and it's now firmly on my core list of accesories.

In case you're wondering, this review is completely independent.  I purchased everything myself (I bought mine through Surfstitch.com.au and managed to get both case and bike mount for under $100 delivered).